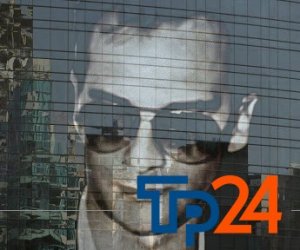 Maria Falcone, sister of anti-Mafia magistrate Giovanni who was killed by a Cosa Nostra bomb 30 years ago Monday, said she would toast with Italian justice and interior ministers when fugitive superboss Matteo Messina Denaro, the Sicilian Mob's most wanted man, is captured.

"It will be beautiful when we capture Matteo Messina Denaro too," Falcone said at an event in Palermo marking the 30th anniversary of her brother's assassination.

"When it happens we will raise a toast together, with the interior minister and the justice minister".

Messina Denaro, who got his nickname from the Italian comic book character Diabolik, is seen by some experts as the boss of bosses within the Mafia after the deaths of Bernardo 'The Tractor' Provenzano in 2016 and Salvatore 'The Beast' Riina in 2017, although other experts say he is not at the very summit of Mafia power.

Giovanni Falcone assassination was ordered by then boss of bosses Riina with the agreement of former co-boss Provenzano.
In 2020, Messina Denaro was also convicted of complicity in greenlighting the 1992 bombings that killed Falcone and his friend and colleague Paolo Borsellino two months later.
The bombs, which also killed Falcone 's wife and members of both prosecutors' security details, sparked a strong reaction from the State.
On Monday President Sergio Mattarella said Falcone had been "hampered" by other magistrates while the widow of one of his late bodyguards said "servants of the State" had betrayed Falcone.
Messina Denaro enjoys a cult status among Mafiosi and was long considered the top candidate to be Cosa Nostra's boss of bosses following Provenzano and Riina's deaths.
He is on Europol's list of Europe's most wanted fugitives.
He has not been seen in public in 29 years.
An informant in 2014 helped authorities update their facial composite of him.

A woman in Sicily has been arrested after admitting killing her four-year-old daughter, having initially claimed the child was taken by hooded kidnappers for a ransom. The body of Elena Del Pozzo was found in a field close to her home in...

Sicily is, of course, Italy’s largest island. A sun-drenched Mediterranean land steeped in history, culture and unique local traditions. This is a place where Baroque architecture, art and culture intertwine with an abundance of outstanding...