Sicily mayor arrested for graft. Along with deputy, near Palermo 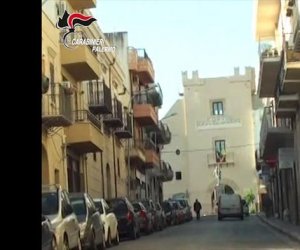 A Sicilian mayor was arrested on graft charges on Thursday.

Giovanni Di Giacinto, mayor of Casteldaccia near Palermo, was arrested along with Deputy Mayor Giuseppe Montesanto.

They are variously charged with corruption, abuse of office, material fraud and ideological fraud, sources said.
Carabinieri in Bagheria said bribes were paid out in the form of hiring relatives and friends, and giving posts to help the disabled, to collect rubbish and issue construction permits.
Money also exchanged hands, the police said.
"This practice had become consolidated over more than two years," police said.
The probe kicked off when a flood in an illegal building near Casteldaccia caused the death of nine people.
Police said they uncovered "dozens" of cases of corruption lasting until this past summer.
A number of other people have been placed under investigation, including businessmen and accountants who allegedly paid politicians and council officials.