Medical marijuana is now free of charge in Sicily 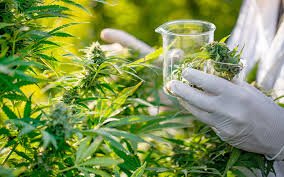 Medical cannabis will now be available free of charge in the Sicily region, according to a decree signed today by Sicilian health chief Ruggero Razza.

The cost of prescriptions, available to patients suffering from chronic pain, cerebral palsy and multiple sclerosis, will be covered by the Sicilian regional government according to reports in Italian media.

Medical marijuana use has been legal across Italy since 2013, but patients usually need to pay.

You must have a doctor's prescription and obtain the drug from a licensed pharmacy, which has permission either to buy it from a tightly-controlled supply grown by the Italian army or import it from regulated growers outside Italy.Growing or selling marijuana for recreational use remains illegal and can land you in prison.

Possession is not a crime, but it remains punishable by a fine and the suspension of your driving licence and/or passport.

There was confusion last year over the legalisity of so-called “cannabis light”, a weaker form, after it was almost legalised in December. However, the proposed law was thrown out by the Italian Senate at the last moment.