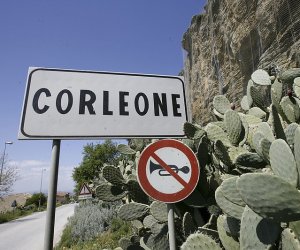 The Sicilian town of Corleone, made famous by the fictional Mafia clan in "The Godfather," has ordered schools closed and a limited lockdown after a spate of coronavirus infections were tied to a big wedding there last week.

The city administration told all 250 guests at the Sept. 12 wedding and anyone who lives with them to self-isolate and inform their doctors and city health authorities while awaiting virus tests.

The town, which is part of the province of Palermo, has reported at least seven positive cases in recent days. Nicolosi said Friday that schools in Corleone and nearby towns were ordered closed because 30 of the wedding guests were students. Italian schools reopened for the first time since March on Monday.

Nicolosi urged the town's 10,000 residents to wear protective masks, keep their distance and wash hands while stressing that "Corleone isn't a red zone," or designating a quarantine area where no one enters or leaves.

Palermo and Sicily in general were spared the first big wave of covid-19, which hit harder in Italy's north. But like the rest of southern Italy, Sicily has seen a new spate of infections since August, with more than 500 of Sicily's 5,500 cases overall registered in the past three weeks.

The Corleone administration ordered schools closed and put a 10 p.m. curfew on bars and an 8 p.m. closing time on gyms. It suspended conferences, museum openings, the weekly market and any other public gatherings.

Corleone was the homeland and last name of the fictional crime clan of "The Godfather" fame. But it was also the real-life stronghold of the late convicted mobster and reputed chieftain Bernardo Provenzano. In 2016, the Italian government dissolved the municipal government after determining the mob had infiltrated it.