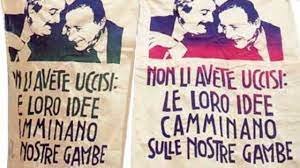 Thirty years after Giovanni Falcone and Paolo Borsellino were murdered on the order of mob boss Salvatore “Toto” Riina (1930-2017), virtually every corner of the Sicilian capital holds reminders of the judges who embodied Italy’s struggle against the Cosa Nostra.

While the crusading magistrates could not put an end to organized crime, they succeeded in loosening the Mafia’s grip on Italian life and the man behind their deaths would spend his last years in prison.

“In life they did not received the recognition they deserved, only disappointments, very difficult moments that they had to overcome with the great love they both felt for the homeland,” Maria Falcone, Giovanni’s sister, tells Efe.

“But later, after their deaths, they had honor from the entire society, not just Italian, but global,” she continues.

Though they were only two men, aided by a handful of dedicated collaborators, Borsellino and Falcone changed history by giving the people of Palermo and Sicily the courage to shatter the paralysis imposed by the Mafia.

“Without them Palermo would still be Beirut,” a man identifying himself only as Mario tells Efe in front of a mural from which the slain judges smile on passers-by in the ancient port of La Cala.

“Thirty years ago Palermo was different,” he recalls. “There was a murder every day, a city where one could not live, but people were bothered by the sirens that accompanied Falcone and Borsellino.”

The deaths of the “two heroes,” Mario said, were “the inflection point” for the battle with organized crime.

Nothing was ever the same after the events of May 23, 1992, when Falcone and his wife, Judge Francesca Morvillo, were killed along with three bodyguards by a bomb containing 500 kg (1,101 lbs) of explosives while traveling on Palermo’s airport road.

Less than two months later, on July 19, Borsellino and five police officers died in a second blast on the Via d’Amelio.

“People found the courage to rebel and women hung white sheets from balconies,” Mario says, looking back on the aftermath of the murders. “It was the moment of the no to ‘pizzo’ (Mafia extortion) and of the yes to democracy.”

Outside a building on Via Nortarbartolo is a massive ficus that has become known as “the tree of Falcone.”

“People come every day. Even in the middle of the (Covid-19) pandemic, when one hardly saw a soul on the street,” the building’s doorman tells Efe.

The tree is adorned with drawings, photographs, and notes with messages such as “Your ideas will never die.”

As children, the future judges played soccer on the streets of Palermo’s old Arab quarter, the Kalsa, along with boys they would later put behind bars.

After the murders, Borsellino’s family decided to convert their former pharmacy in Kalsa into “The House of Paolo,” a center for disadvantaged youth, some of them the grandchildren of the Mafiosi the judges sent to prison.

Other pilgrimage sites include Falcone’s tomb in the Pantheon of illustrious Sicilians at the Church of San Domenico and the purpose-built fortified courtroom inside Ucciardone prison where the two judges led the 1986-1992 “maxi trial” of 475 accused mobsters.

The message appears to have gotten through to younger generations.

Francesco, born two years after the assassinations, says that Falcone and Borsellino “symbolize a fundamental part of our history that reminds us that certain things must not happen again.”

A woman in Sicily has been arrested after admitting killing her four-year-old daughter, having initially claimed the child was taken by hooded kidnappers for a ransom. The body of Elena Del Pozzo was found in a field close to her home in...

Sicily is, of course, Italy’s largest island. A sun-drenched Mediterranean land steeped in history, culture and unique local traditions. This is a place where Baroque architecture, art and culture intertwine with an abundance of outstanding... 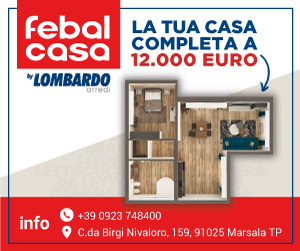