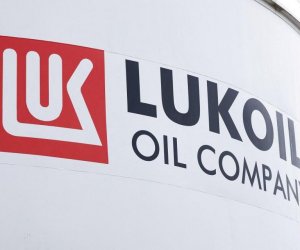 The ISAB refinery is one of the biggest in Europe and was in danger of having to cease production because of the European Union embargo on the import of Russian crude oil by sea, which comes into force on December 5.

The "provisional administration" of the Sicily-based refinery will last for a maximum of 12 months, the source said following a cabinet intervention on the issue.

"The emergency intervention is aimed at protecting both a strategic national energy centre and the employment levels so important for Sicily and the whole country," Prime Minister Giorgia Meloni said in a brief statement.

By putting the refinery under state supervision, Rome is following the example of Berlin, which in September took control of the German activities of the Russian oil group Rosneft which runs numerous refineries there.

Fearing sanctions, European banks stopped financing operations at ISAB and providing it with the necessary guarantees to import oil from other countries.

The ISAB refinery has an annual refining capacity of 10 million tons of crude oil and supplies about 20 per cent of the country's needs.

"This is a temporary solution" to "avoid the stoppage of machinery and activity as well as the resulting job losses," Sicilian regional president Renato Schifani told a cabinet meeting.

Ten migrants die of hunger and cold on boat at sea

The Italian Coast Guard has rescued those onboard a six-meter boat that left from the coast of Sfax in Tunisia carrying dozens of African migrants. Eight corpses were found onboard. At least two people went missing at sea and are presumed...